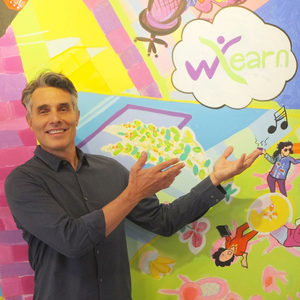 Built first startup into largest ASEAN law firm; passionate about creating a better model as alternative to the outdated conventional system.
The WeLearn concept descended upon David during the second year of online schooling the oldest of his 4 children, who was 13 at the time. David’s subsequent deep dive into online education led him to discussions on personalization, the 4Cs, future jobs, and 21st century skills, He saw that that the online medium held an amazing potential for radically transforming the way children learn and parents live. Its benefits, however, were beyond the reach of most parents due to obstacles such as the difficulty of course selection and the lack of collaboration, socialization, supervision, and applied learning space. Removing these obstacles could create the core of a new learning paradigm, providing an ideal solution to leapfrog education reform’s glacial pace and help millions of children worldwide receive an affordable education, relevant to their digital future. In 2017, David resigned from the chairmanship of his first start-up to establish WeLearn and pursue this mission as WeLearn’s Founding Father, David’s mission is simple: to help the millions of children like his to find their places and passions in this world, and be freed from an education system that has not kept up with the learning needs of the present, let alone the future.